The Purple Day Gala is our signature fundraiser, providing the core of our financial resources to improve the lives of persons living with epilepsy, their families and their communities. Our annual event presents an opportunity to network with more than 300 leaders in the Corporate, Healthcare, Volunteer and Philanthropic Communities while enjoying a culinary feast and exciting entertainment.

The Epilepsy Association of The Maritimes (EAM) has been providing services and support for 40 years for persons living with epilepsy, their families and communities. Our mission is to provide education and resources to support persons living with epilepsy, their families, their communities and we support ongoing research.  We offer services including epilepsy awareness and seizure first aid education, resources, support, advocacy, service navigation, programming as well as scholarships and bursaries. As a measure of the work we do, in 2019 we educated 7,903 students and staff; 378 employers, provided advocacy for 127 adults, 97 parents of children with epilepsy and seniors throughout the Maritime provinces.

Cassidy Megan, a member of the Epilepsy Association of the Maritimes, founded Purple Day in 2008 at age 8. Motivated by her own struggles with epilepsy, Cassidy’s goal is to get people talking about epilepsy in an effort to dispel myths, reduce stigma and let those living with epilepsy know that they are not alone. Purple Day is celebrated on March 26th each year, on every continent and in over 70 countries. In 2009 Cassidy Megan, The Epilepsy Association of the Maritimes and the New York based Anita Kaufmann Foundation joined forces to launch Purple Day internationally. As the global sponsors of Purple Day, both organizations and Cassidy are committed to partnering with individuals and organizations around the world to promote epilepsy awareness. The combined efforts of Cassidy Megan, AKF and EAM have lead to the involvement of numerous organizations, schools, businesses, politicians and celebrities around the world. On Purple Day, people around the world are invited to wear purple and host events in support of epilepsy awareness. On June 28, 2012, the Canadian Government passed the Purple Day Act, making March 26th officially Purple Day in Canada.

Every day, 42 people are newly diagnosed with epilepsy in Canada. Currently, there is no cure. It is thought that at least 0.6% of the Canadian population is affected; 60% are children and the elderly. In Nova Scotia alone, there are roughly 15,000 people suffering from epilepsy. This is probably an understatement due to stigma and discrimination associated with having epilepsy. One of the core missions of the Epilepsy Association of the Maritimes is to perform education and outreach support to improve the lives of Maritimers with epilepsy by educating schools, employers, first responders and caregivers about the disorder. The majority of our funding for these activities comes from fundraising initiatives. 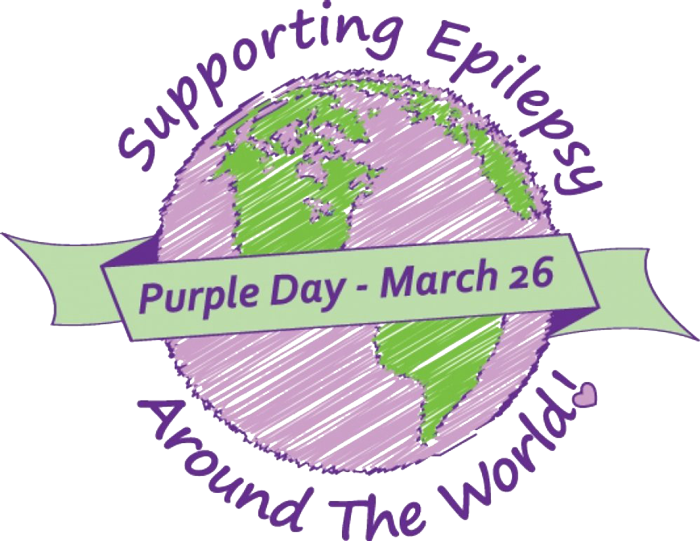 For many years, the Epilepsy Association of the Maritimes has been recognizing outstanding volunteers who have gone the extra mile in supporting epilepsy awareness in the region. The Cassidy Megan Award is presented annually at the Purple Day Gala in March to recognize outstanding commitment to raising epilepsy awareness. Individuals or organizations can nominate a worthy individual or individuals can nominate themselves for the award.

Thank you to each one of our sponsors for making these events happen.

If you are booking a room at the Westin Nova Scotian, ask for the Purple Day Gala with the Epilepsy Association of Nova Scotia block of rooms to get a discounted rate.